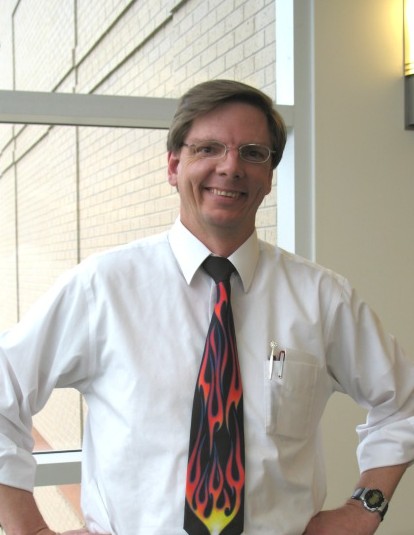 Steven Michael Law, age 56, passed away July 28, 2016, with his family by his side. He struggled against complications of a severe case of gallstone pancreatitis for over 5 months. Steve was born to Scott Milan Law and Margarethe Elizabeth Myklebost, on January 22, 1960 in Neubrücke, Germany.

Graduating from Mesa Verde High School of Citrus Heights, California in 1978, he was called to the Munich, Germany mission and served from 1979 to 1981. He married to Connie Merryweather on September 17, 1982 and attended BYU, graduating with a Bachelor’s degree in German Literature. They moved to California, where he obtained a Master’s degree in Library and Information Science from UCLA. After working for the New York Public Library and returning to west coast to work in the Law Library for the State of California in Los Angeles, he moved to Provo, Utah with his family.

He worked for The Church of Jesus Christ of Latter Day Saints Family History Library in Salt Lake City for 25 years and the Provo City Library for 21 years. For over 2 decades he managed 55-60 hour work weeks, as well as a long commute, where he made many friends, on the bus and the train and at his work.

In high school he ran track and played tennis; later he ran the St. George Marathon at 24, qualifying for the Boston Marathon with an impressive time of 3:24:00. He enjoyed ping pong, hiking and camping, old movies, science fiction, and trivia. Throughout his life, he studied Mormon History, Family History, Philosophy and Theology.

He is survived by his wife, Connie, and his 4 children, Mykle (Sarah), Keaton, Jennessa (Joshua) Fulton, and Connor, his sister, Glenda, and his two grandchildren, Lukas and Charlotte. He was loved by a great many people, and had friends all over the world from the Phillippines, Australia and Germany in his work for Family Search, the LDS Church’s website for family history research.

He was a practicing Latter-day Saint, and managed a calm, quiet, and stable approach to his curiosity that belied the sometimes difficult nature of the questions he researched. He was always available to help others with family history questions, and, when asked, provided mature perspective to his children on gospel matters.

He was a great resource to those around him, always knowing where to look for answers, when he didn’t know them himself. He was wise enough to suspend judgement, and he was well-read enough to reflect to others the important ideas they needed.

There will be a viewing August 4th, from 6-8 PM at the Provo Parkway Stake Center at 2801 West 620 North. The funeral will be held August 5th, at 11 AM at the same location with a graveside service directly afterwards at the Pleasant Grove Cemetery.

To order memorial trees or send flowers to the family in memory of Steven Michael Law, please visit our flower store.
Send a Sympathy Card