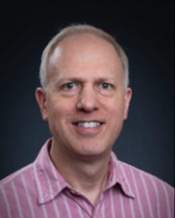 Steven Ralph Wasserbaech passed away on November 8, 2022, after a valiant battle with cancer.  He was born to Rudi Wasserbaech and Johanna Krzyszkowski in Brooklyn, New York, on May 3, 1962.  He married Renee Elise Florence on June 22, 1984, in the Salt Lake Temple.  Together they had three daughters: Christine, Michelle, and Audrey.

In addition to his teaching expertise, Steven also participated in many pioneering projects in particle physics. Steven invented the "Impact Parameter Method" (IMP) for measuring the Tau Lepton lifetime and collaborated with a student to provide the most precise measurements of Tau Lepton lifetimes in the world. He worked for CERN, the European Organization for Nuclear Research, which is famous for its Large Hadron Collider. In 2012, he was appointed by his CERN colleagues as chair of the Standard Model Physics Editorial Committee for the CERN Compact Muon Solenoid experiment (CMS) and served in this position for two years. He was also selected as one of the editors of the CMS Higg's boson discovery paper and is listed as one of the discoverers of that particle. Steven is listed as an author on more than 270 particle physics publications in total.

Steven loved spending time with his family. He enjoyed the yearly family vacation to Lake Powell where he was able to relax more than at any other time. He loved astronomy and built his own telescope from scratch with the help of his father when he was a teenager, including grinding the mirror into shape. He would sometimes set up his telescopes in the driveway or at the lake and invite anyone who was interested to look at the amazing objects in the night sky. He liked to play a round of golf or hit a bucket of balls when he had a little time. Steven spent many hours over the years researching his family history and never got discouraged when it was difficult to find the next link in the family tree. He liked to do physics research, getting results as precise as possible, creating new processes, and making new discoveries.  Steven really loved teaching and would get excited when a new semester was about to start.

The funeral service will be available over Zoom via the following link:

To order memorial trees or send flowers to the family in memory of Steven Ralph Wasserbaech, please visit our flower store.