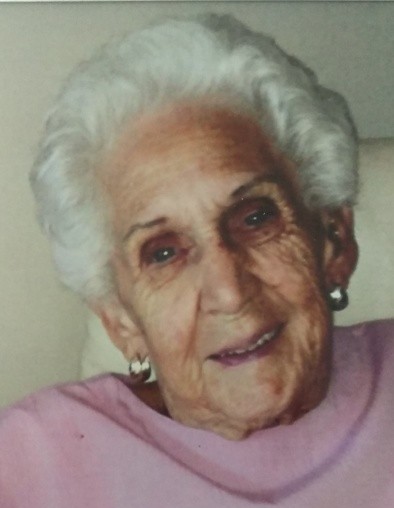 Valate Sutterfield, 97 passed away peacefully Wednesday, July 19, 2017. She was born May 29, 1920, in Smithfield, Utah, daughter of William Wallace Waite, and Lilly Harry. She married Shirl August Bisseger, Shirl died January 2, 1956, and she married Carl James Sutterfield in 1966. He passed away in 1985.

Valate graduated from high school and after Shirl died she graduated from Stevens-Henagars. Valate has lived in Clearfield City for 48 years and has been active in the community. She served in the LDS church in various positions. She was also active in the Daughters of the Utah Pioneers organization.

All who knew Valate, knew she had a energetic personality which she shared with all. She was involved in the arts and loved music and dancing.

She was preceded in death by her husbands, Shirl Bisseger, and Carl Sutterfield, and her children: Craig Bisseger, Dale Bisseger, Richard Terry Bisseger, and Sherry Swan.

To order memorial trees or send flowers to the family in memory of Valate Sutterfield, please visit our flower store.
Send a Sympathy Card