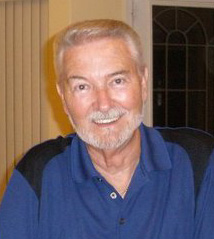 Van "Gordon" Light, 76, passed away on June 11, 2014 in Mesa at Hospice of Arizona (Greenfield House). Gordon was born in Kingsport, Tennessee on April 9, 1938 to Lawrence and Clara Light. After many years with Lockheed Martin Astronautics he retired to Mesa, AZ in 2006 with his life partner of 18 years who he is survived by, Diane.

Gordon was a Corvette enthusiast, who owned 48 of them in his life and was the founder of Vapor Trail Vettes in Santa Maria, CA. You could always find him in his garage tinkering with one of his Corvettes, wandering around a car show, going on Corvette runs, or watching his beloved NASCAR on television. After retirement Gordon enjoyed driving cross country in his Corvette during the summer months to visit his children and grandchildren.

Our family is so thankful and grateful for the love of his CNA LeeAnn Maxwell and the Hospice staff.

To order memorial trees or send flowers to the family in memory of Van Gordon Light, please visit our flower store.
Send a Sympathy Card