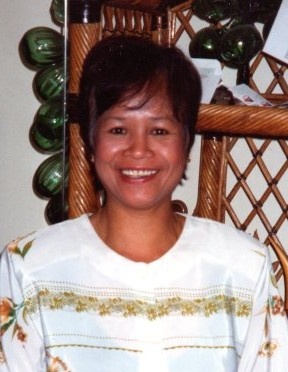 Our spitfire mother, grandma, and sister Varee passed away on July 4, 2017 after losing her fight with cancer. Varee was born in Pongkorn, Thailand on March 23,1945. In 1967 she met a handsome serviceman named Arthur Brown Jr. They married and he adopted her niece Mailwan. They had first a daughter, Anithsra(Lisa) and then a son, Anthony(Toney) before immigrating to the States in 1978. They lived in Ohio until 1981 when they were stationed at HAFB. In 1987 they went their separate ways, Varee staying in the Clearfield area, in 1989 she met and later married the love of her life Robert Hansen(Bob).

Varee worked at many various restaurants and hotels in her lifetime and also Kenner Toy Factory in Ohio, but her favorite by far was working at the Clearfield Jobs Corps, in their kitchen. She touched many lives while working there. She was a member of The Church of Jesus Christ of Latter Day Saints. Varee enjoyed cooking, playing bingo and going to Wendover, but her greatest joy in life was her family, including those whom she chose to be her family.

The family would like to thank Rocky Mountain Hospice and especially Brandy and Rae Lynn for their wonderful care of Varee.

Condolences may be shared at Serenicare.com.

To order memorial trees or send flowers to the family in memory of Varee Hansen, please visit our flower store.