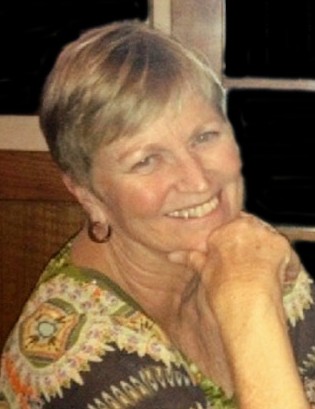 Sandy, Utah – Vickie Lynn Johnson Brinton , 66, of Sandy passed away peacefully in her sleep on Wednesday, February 8, 2017, at home with her devoted, loving husband at her side. Born on April 27, 1950 to Deane Bulkley and John Peter Johnson, Vickie was the youngest of six children. Perhaps an epitaph that would suit her tombstone well is “Lived life to the fullest”. She was a self-proclaimed “California hippie” in her younger years, literally living on the beach for extended periods of time. Though she enjoyed many of the associations and recreations of these years, she had a spiritual awakening in 1973 causing her to believe there was something more to life. She decided to return to the church of her childhood and in 1974 she moved to the Salt Lake Area where she met her husband, Reid T. Brinton, a farm boy from Peoa, UT. They were married for time and all eternity in the Salt Lake Temple of The Church of Jesus Christ of Latter-day Saints on September 6, 1974. Though an unlikely pair to begin with, Reid and Vickie have been best friends and loving companions for more than 42 years.

While Vickie worked part-time as a pollster and tax preparer for periods of time, she is best known as a devoted mother and grandmother. Though she was diagnosed with a debilitating form of Rheumatoid Arthritis at the age of 31, she never ceased mothering her four children and six grandchildren until the day she passed. Even her doctors’ scolding could not keep her from overexerting herself to pick up her grandchildren and smother them with her love. Throughout her life, Vickie served in the church and in the community. She was a beloved sister, mother, grandmother, aunt and friend to her family as well as to many others who’s lives she touched with her service and example of finding happiness in trial. Her laughter and optimistic attitude were contagious, causing even her own family to sometimes forget she suffered from a debilitating disease. She never faltered in her testimony of the Savior and can truly be described as an “elect lady.”

Vickie is survived by her husband Reid, her children Porter (Katrina) Brinton, Sandy UT; Nabby (David) Hazar, Draper, UT; Chauncy (Kirsten) Brinton, Tacoma WA; and Pack Brinton Sandy, UT; and 6 grandchildren. She was preceded in death by her parents, two older sisters and a sister-in-law. The Family would like to express their gratitude to the nurses and staff of Quality Home Health and Hospice for their very compassionate care. Funeral services will be held at 11:00 am February 16, 2017 at the Sandy West Riverbend Ward located on 8825 So. 150 West, Sandy, UT. Viewings will be held on February 15th from 6 to 8 P.M. and prior to the funeral from 9:30-10:30 A.M. Burial will be in the Crescent Cemetery (11105 South State Street).

To order memorial trees or send flowers to the family in memory of Vickie Lynn Brinton, please visit our flower store.