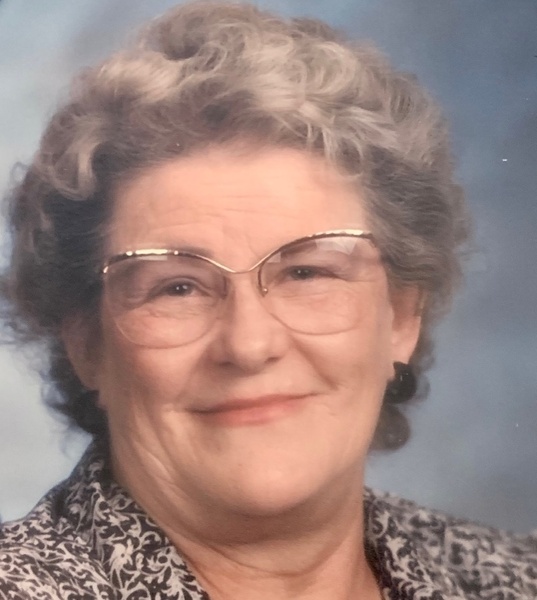 Viola Marjorie Birtcher Aston was born on March 30,1927, in Morgantown, West Virginia to William Wayment Birtcher and Virginia Pearl Martin Birtcher. She was the third of six children.

Viola mostly grew up in Harmarville, Pennsylvania, about 12 miles south of Pittsburgh. She attended Oakmont High School where she enjoyed cheerleading for three years and was on the girls’ volleyball team. She loved softball, roller skating, and played the cymbals in the Drum and Bugle Corps. Her hobbies included cooking, baking, sewing, embroidering, dancing, hiking and swimming.

Following the passing of her baby sister, Viola’s family was baptized into the Church of Jesus Christ of Latter-Day Saints on January 17, 1936, at the Pittsburgh Branch Chapel. She remained a devout member of the Church for the rest of her life and served in many classes and auxiliary presidencies.

She met the love of her life, Samuel Aston, at church during WWll. He was home on leave from the Navy, and it was attraction at first sight. They spent the next few years writing to each other while Samuel continued to serve in the Navy. They were married on June 19,1946, in the Pittsburgh Branch church building, and one week later were sealed in the Salt Lake Temple for eternity.

Together, Samuel and Viola had 4 children. In 1955, they moved their family to St. George, Utah and then moved to Las Vegas, Nevada in 1960. In 1992-1993, they were able to serve as couple missionaries in the Louisville, Kentucky mission.

Viola was preceded in death by her husband Samuel, parents William and Virginia, son Thomas, grandson Matthew, brothers Eugene, David, and Donald, and sisters Florence Moody and Emma. Viola has been living with family members since her sweetheart’s death in 2013.

She was loved and admired by all and was very close to every one of her children and grandchildren. Her common saying of “I love you more” will be missed. Those who knew her will not forget her positive attitude for life and personal love for Jesus Christ.

A viewing will be held on Monday, October 25, 2021, 10:00AM followed by a funeral service at 11:00AM at The Church of Jesus Christ of Latter-day Saints chapel on 6869 West Vista Springs Drive, Herriman, Utah. Following the funeral service, the burial will be at the Veterans Memorial Cemetery at 17111 So. 1700 W. Bluffdale, Utah.

To order memorial trees or send flowers to the family in memory of Viola Marjorie Birtcher Aston, please visit our flower store.