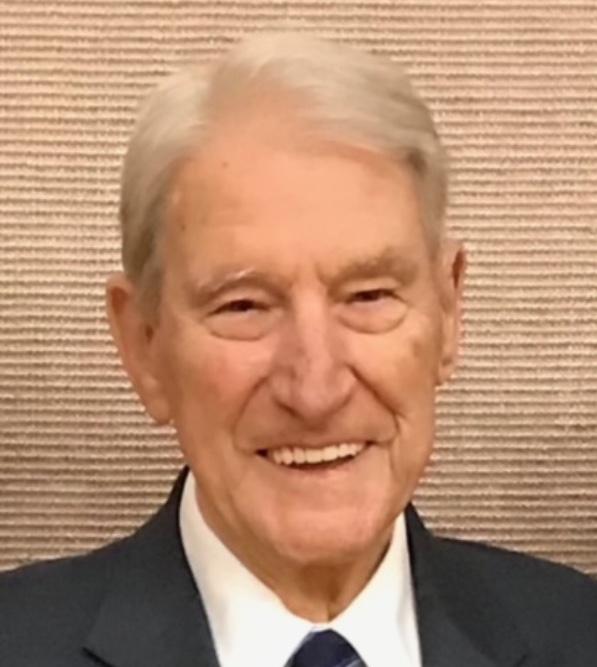 Warren Edwin Sanofsky passed away at the age of 92 years in Farr West, Utah early Saturday morning, December 4, 2021, due to heart failure. Warren was born on April 26, 1929 in Chicago, IL to Albert Louis Sanofsky and Pauline Theresa Lenz.

He grew up in Chicago, with his mother, seven siblings and lots of friends on St. George’s Court. Warren loved horses and even ran away once to work in a circus with them. He attended Samuel P. Chase School and joined the army near the end of World War II. He served in the European Theatre in Italy as a MP at Camp Darby near Livorno and Pisa, Italy.

While in Italy he contracted rheumatic fever and was transported to Oliver General Hospital, Augusta, Georgia. He spent about 5 months there, then sent home for a month before being reassigned to San Francisco for a better climate. It was there at the Presidio USO that he met Estella Zina Wold, October of 1948, who would become his wife just a few months later. Warren and Estella were married on February 5, 1949 at the Army base chapel at Presidio.

About a month after they were married, Warren was honorably discharged and left to go back to Chicago to prepare for Estella to follow shortly. While living in Chicago, they had their first three children and later, after moving to Hoffman Estates, they had their fourth. Warren always worked and provided for his family. His working career was primarily in the trucking industry. He drove trucks, worked in sales, and was a terminal operations manager. He also owned his own transportation/warehousing business which he ran with two of his sons.

Warren loved sports. He liked to watch and play them too. He was on a bowling team, he played, coached and managed a city league baseball team. He loved golf, and played often with his brothers, friends, and eventually sons until just a few months before his death. He even managed the Oyster Creek Country Club in Englewood, Florida in his golden years.

After retirement from trucking, Dad & Mom sold their home in Oak Lawn and lived in a motorhome for several years traveling around visiting their children and grandchildren.

Eventually they landed in Florida permanently, where they lived for a couple of decades enjoying the sun and warm weather year-round. They loved their life there, but they were far from family, so as their health declined they decided to move out West and ended up in Farr West, Utah, near one of their sons and family.

Warren was greatly loved by all who knew him, especially his family, and those he honorably served with in The Church of Jesus Christ of Latter-day Saints in various callings, including Bishop of the Orland Park Ward in the Chicagoland area.

We want to thank the medical staff at McKay-Dee Hospital, Harrison Pointe Healthcare & Rehab, George Wahlen Veterans Home and Bristol Hospice for their care and support of our father.

The funeral service will be broadcast live on Zoom, please click on the link below:

To order memorial trees or send flowers to the family in memory of Warren Edwin Sanofsky, please visit our flower store.
Send a Sympathy Card