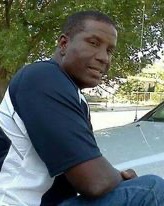 Wayne’s family would apprecate the donations of friends and family to help cover funeral cost. You may provide assistance by clicking the gofundme link below.

Wayne Irvin Flax was born on November 03, 1961, in Molesworth England he was the 8th child of the late Ruben O. and Florence Flax Jr. who preceded him in death. After the family returned to the United States, they were living on Edward Air force Base, Edward CA. later the family moved to Sun Village CA, where he spent some of his childhood. Later the family moved to Lancaster CA, Wayne attended elementary, jr. high and high school in the Antelope School District, in Lancaster CA.

As a child he accepted Christ as his personal savior, he attended New Hope Baptist church in Sun Village CA, he also attended Harvest Time Cogic of Lancaster Ca. and was a member of West Valley Community Fellowship in Lancaster CA, Wayne was an Usher and, on the Praise, and Worship Team.

In March of 1995 he reconnected with and old friend Rashamone Hawthorne-Walker and in November of that year they were married and from this union they had 4 children Tyshanae, Wayne jr., Ervin, and Elijah. his children were his world, In October 2004 he moved his family to Salt Lake City Utah for a better life.

While living in Salt Lake City he became member of Ebenezer COGIC. Later he joined Full Gospel Deliverance Center. Wayne was a very hard worker. He had several occupations until he found his passion, Roofing, working for Western Pacific Roofing, until he moved to Salt Lake City, while in Salt Lake he worked for several roofing companies, Superior, Capital, Rooftech, and Contract West roofing companies. he was a member of the local #91 roofers union.

Wayne loved his sports his favorites were football and basketball.  We all knew who his teams were Las Vegas Raiders and Los Angeles Lakers. He tried to never miss a game.

Wayne departed this life on 10/05/2022 he is preceded in death two brothers Derrick L. Flax Sr. and David A. Flax his  son Wayne I. Flax jr.

He leaves to mourn his death his wife Rashamone Flax and children Tyshanae Flax, Ervin and Elijah Flax all of Salt Lake City, Ut., and his honorary grandson Quanse Bowie of Oklahoma City, Ok also

Death is Not the Last Goodbye

I may be gone but please don’t cry

Death is not the last goodbye

Death releases me of my pain

There will come a day we will meet again

Don’t be blue and don’t be sad

Think back to the fun we had

I am always here I hear you speak

In time of trouble it’s me you seek

You don’t see me but I see you

I will do my best to pull you through

Speak to to me and I will hear

Never far I am always near

Letter to my husband in Heaven

They say there is a reason, they say time will heal,

neither time nor reason will change the way I feel.

Gone are the days we used to share but, in my heart,

you are always there. The gates of memories will never close

I miss your more than anybody knows.

Love and miss your everyday till we meet again.

THE FAMILY OF WAYNE IRVIN FLAX WOULD LIKE TO EXPRESS

CARING, LOVE, PHONE CALLS,AND ALL THE EXPRESSIONS OF SYMPATHY AND

ACTS OF  KINDNESS SHOWN TO US DURING OUR TIME OF BEREAVEMENT

https://gofund.me/0f823a98
To order memorial trees or send flowers to the family in memory of Wayne Irvin Flax, please visit our flower store.