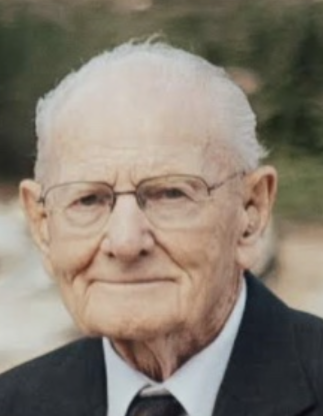 He attended Blaine School, Granite Jr., and graduated from Granite High School in 1943.  A few months later he joined the Military and served for 2 ½ years as a ball turret/tail gunner in World War II in England as a member of the 398th Bomb Group.  After returning, he was called to serve a mission for the Church of Jesus Christ of Latter Day Saints and faithfully served 2 ½ years in the Spanish American Mission in Texas and California.  After his mission, he continued courting his sweetheart Lois Mame Johnson who had waited 5 years for his return.  They were married for time and all eternity in the Salt Lake Temple on June 20, 1949.

He worked in the lumber business for many years in Salt Lake City, Evanston, Wyoming, and Ogden, Utah.  He then worked for The Corporation of the President (LDS Church) as one of the Managers at the Murray Deseret Industries, from where he retired.   He loved playing baseball, football and softball.  Wes especially enjoyed the outdoors where he shared many memories while hunting, fishing and exploring with his son, grandson, great-grandsons, and many other friends throughout the years.  He was still actively hunting prior to his passing. Throughout his life, Wes penned over 3000 poems and writings and was a avid journal writer – his wisdom and legacy will live on through these thoughts and words.

He is survived by his son- Bradley Glen (Leslie) Eatchel, grandson- Tyler Wesley (Alyssa) Eatchel, granddaughter- Brianne (Zachary) Anderson, and great grandchildren Wesley and Josephine Eatchel and Miles Dobson.  He is also survived by his brother Bud and Milton Eatchel, along with many nieces and nephews.   He is preceded in death by his parents Glen and Ivy Eatchel, in-laws Ed and Sybil Johnson, wife Lois, and son Kimball.  A private family memorial to honor his life and legacy will be held at a future date.

Please share your thoughts, pictures and memories of Wes at Serenicare.com.

Farewell to all who are the flower of the Gods.

Who yet remain and engage the fight against all odds.

Whose erudite banner waves to all who will,

May that love that God bequeathed and now bestows,

Find favor upon those who seek and overflows

To gather in that believing blood.

A Testimony to the living God.

May you find that peaceful harbor composed of truth divine,

That he who “calmed the waters” always is inclined

To wrap his arms around you with love unfeigned today,

And follow the path designed that shows the lighted way.

Testify with bold conviction “Holiness to the Lord”!

Reason one to another his sanctifying “Word”

That prophets have restored in this the latter day.

May you embrace the Holy Ghost, as your ever guide and stay.

To order memorial trees or send flowers to the family in memory of Wesley Glen Eatchel, please visit our flower store.