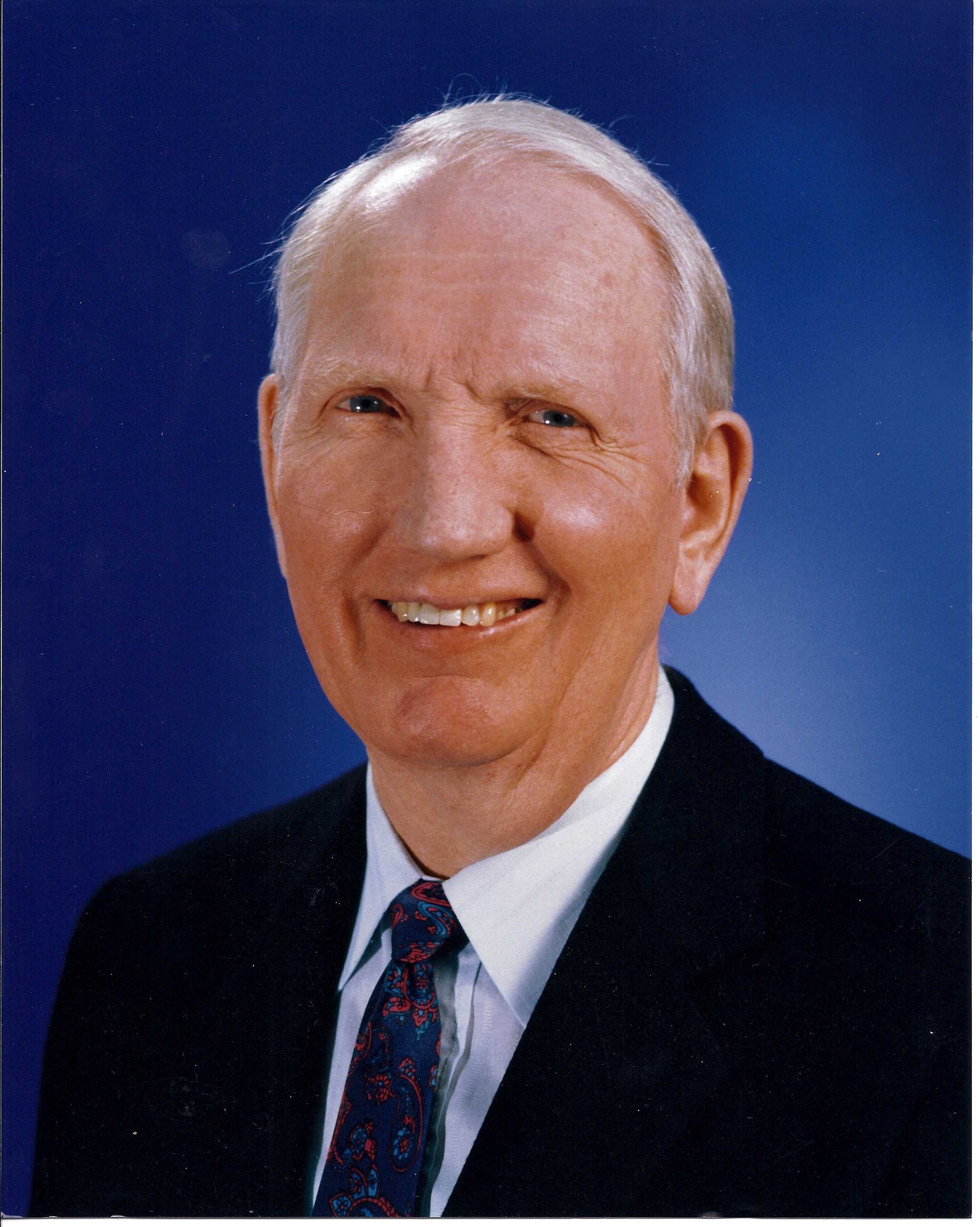 Bill was born April 13, 1926 to William Henry Barnett and June Elvira Harmon in Wendell, Idaho. Bill was born with a heart condition called atrial fibrillation. He passed out several times as an infant so his mother would rush him to the hospital. The doctors kept telling her to quit bringing Bill in and let him die. She was told Bill would not live to be a year old. Thank heavens for his stubborn mother who had a lot of faith. Bill was the fifth of seven children. He had three older sisters (Margaret and twins June and Julia), one older brother (Henry), and two younger sisters (Donna and Pat). Bill always joked he was a twin also, because Pat was born on the same day he was, but eight years later. As a child, Bill loved adventure and to be outdoors. Having only one brother and being raised in a family of so many girls, Bill had an early desire to do things with and for boys. He was a tough kid who got in to his share of fights. He never gave up.

Bill's father was a foreman for a road construction company so every time a stretch of road was completed, the family moved to the area where the next contract was. Bill often said "Close your eyes and point to a spot on a map of the western half of the country and I lived there." He went to three different high schools in one year and graduated in El Paso, Texas. While in high school, Bill worked loading military cargo planes. At 17 years old, he was the supervisor in charge. He joined the Navy the day after he graduated from high school and served in World War II as a radio man on an Admiral's staff until the end of the war. He often told the story of being in Tokyo Bay as the treaty was being signed.

After the war, Bill came home and married his best pen pal turned sweetheart, Hilda Brooks of La Verkin, Utah in the Saint George temple on April 15, 1947. Hilda was truly Bill's queen and he taught his children and grand children by example how to be a loving and devoted husband and father. They had been married 66 ½ years at the time of Hilda's passing on August 4, 2013. They made their first home in Bullhead, Arizona for a short time, then in Salt Lake City, Utah as Bill worked in the grocery business and then for Northwest Kitchen Craft cookware which became Rena Ware.

Bill's professional career included nearly 40 years with Rena Ware International Inc. as an International Credit Manager and Vice President. In 1950, Bill and Hilda moved to Spokane, Washington to work for Rena Ware. In 1960, they moved to Los Angeles for two and a half years, then back to Spokane. In 1965, Rena Ware moved to Bellevue, Washington where Bill and his family lived until after he retired in 1992. Bill got to travel all over the world in his occupation. He loved bringing home gifts and stories of where he had traveled.

A few years after Bill's retirement, he and Hilda moved to Friday Harbor on San Juan Island. He and his wife owned a bakery there for 8 years. Feeling the need to be closer to medical attention, they sold the bakery and their home in 1996 and moved to Everett, Washington where they lived until 2010. In March of that year, Bill and Hilda moved in with their daughter Deb and her husband Barry in Syracuse, Utah so they could help take care of Bill who by then had had a stroke and lost his short term memory and peripheral vision.

Bill and Hilda adopted seven children: Brooks, Larry, Ed, Debiann, Beverly, Ruth, and Randy. Bill probably would have kept going if Hilda had not told him enough is enough. They did, however, foster several Native American children in the 1960's and 70's. Dad and mom always treated the kids' friends as if they were their own. Kids' and grandkid's friends and many nieces and nephews frequently visited even after Bill and Hilda were empty nesters. Bill has 21 grandchildren, 24 great-grandchildren, and one great-great grandchild. He is preceded in death by his parents, all of his siblings except Pat, his daughter Beverly, and 3 great-grandchildren.

Bill had a passion for Scouting. It seemed like he was on a camp out with his scouts more often than not. He passed that passion on to several of his children and grandchildren. Serving for over 45 years, Bill's positions included, Committee Chairman, Advancement Chairman, several roles in Cub Scouting, numerous district positions, and his favorite, as Scoutmaster for at least 30 of those years. He shared his love for the outdoors and taught his Scouts how to become good leaders. In 1969, Bill was awarded the Silver Beaver, one of the highest awards a volunteer scouter can receive. Bill guided countless boys to earn the rank of Eagle Scout and earn their Duty to God Award including ten in just one year.

Bill enjoyed the outdoors his entire life. He loved to hunt, camp, backpack, and snowshoe. He climbed Mount Adams and Mount Saint Helens once each, and Mount Rainier three times. Most family vacations were camping trips. Several of the children's' fondest memories are those made on backpacking and snowshoeing trips. Deb took Bill on his last snowshoe hike near Causey Reservoir in Utah at the age 86.

Bill was an active member of the Church of Jesus Christ of Latter Day Saints and served in many callings in addition to that of Scoutmaster. Some of those positions include Stake Clerk, MIA Superintendent, M Men leader, Sunday School teacher, High Priest Group Leader, and Ward Mission Leader. For over 10 years, Bill loved serving with his wife in the Seattle Washington temple.

Bill loved to travel outside of work too. He and Hilda loved to go on cruises. He and his wife were able to go on trips to their time share condominiums with several children, grandchildren and friends. One of Bill's favorite activities was bartering with the locals in Mexico.

Bill will always be remembered for his sense of humor, his positive attitude, his ability to have fun, his work ethic, and especially his hugs. Bill hardly met a person without greeting them with a hug. Frequently, someone meeting Bill for the first time would be surprised to get wrapped in a big hug, but they always came back for more. Bill's philosophy was that every one needed at least ten hugs a day. Bill could outwork people half his age until he had his last stroke in 2013 when he lost the use of his right side. That was the most difficult trial he went through. He often commented how frustrated he was about the fact that he could not help others the way he wanted to. Bill kept his sense of humor until his dying day. He always had a joke, a story, or a funny comment to share. One co worker remembered that during breaks people would sit around a table while Bill ate potato chips and told joke after joke. The grandkids especially remember grandpa as a big tease. Bill taught his children the value of hard work. He taught them how to have fun too. Everyone loved playing games with grandpa, especially Pit and Killer Uno. Within the past fourteen months, two great grandsons have been given the name of Owen in honor of Grandpa. What a legacy they have to live up to.

Through those who knew Bill personally and to those who have come to know him through the people who loved and respected him, his example of loving the Gospel and his family, his work ethic and service to others will be talked about for generations to come. His example will continue to teach the youth of this world by the stories that will be told about him. Bill was always up for a good story.

Services for Bill will be held at 11:00 AM on Saturday, November 8, 2014 at the LDS Legacy Park Stake Center located at 2024 South 1475 West in Syracuse, Utah. Viewings will be from 10:00-10:45 Saturday morning and from 6:00-8:00 Friday evening November 7 at the same building. Services are under the direction of Serenicare of Ogden, Utah. Burial at the Syracuse cemetery will immediately follow the funeral.

If you would like, the family suggests that in lieu of flowers, donations be made to your local Boy Scouts of America Council or troop.

To order memorial trees or send flowers to the family in memory of William Owen Barnett, please visit our flower store.
Send a Sympathy Card