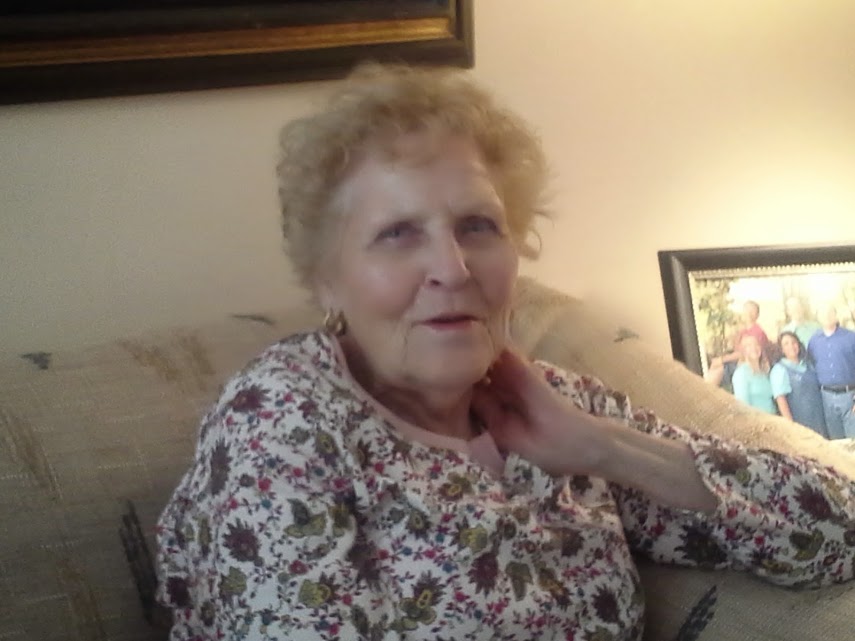 Wilma Mae Slaughter Barnes returned to her heavenly home on Tuesday night to be united with family and friends.  She was born 7 July 1927 in Bakersfield, California, the 3rd of six children born to William Norval and Vera Manilla Slaughter.

After turning down a marriage proposal from Arlin Tracy Barnes in the mid-1940s she was finally ready nearly two decades later.  They married on 30 March 1962 in Sunset, Utah.  They were sealed in the Salt Lake CIty LDS temple on 30 March 1966 and were blessed with two children.

Learning from her mother who would open her home to anyone who was hungry during the Great Depression, Wilma’s home was always open to anyone in need.  Her mother lived with her for decades, as well as other family and friends who found themselves in need of temporary - or sometimes longer - term lodging.  It wasn’t until they had both retired and left for a mission that they were actually alone in their home.

After the death of her father, the family moved to Utah.  She worked most of her life to support her family starting at a young age.  Her jobs included working for the Telephone Company as a switchboard operator, operator at an answering service, ZCMI where she was a sales clerk and gift wrap artist, and Hill AFB where she eventually retired.

She had a strong and unwavering testimony of the Gospel of Jesus Christ and serving others was always her strong suit.  She served a full-time mission in Guatemala and Mexico from 1951-1952 where she learned Spanish and a love for Mexican and Central American people and food.  She would often cook enchiladas, spanish rice and other south of the border delights for family and friends who loved her cooking.  In addition to ward and stake callings she also served two additional full-time missions with her sweetheart to England and Mexico where they served as Family History missionaries, and later as missionaries in the Church Employment Center.

The family wishes to give special thanks to Kitt Bloxham whose love and friendship for Wilma knows no bounds, the nurses and staff at Rocky Mountain Hospice, and a huge thanks to all the family, friends, and neighbors who were there to visit, lend a helping hand, and serve mom!

To order memorial trees or send flowers to the family in memory of Wilma Mae Barnes, please visit our flower store.
Send a Sympathy Card