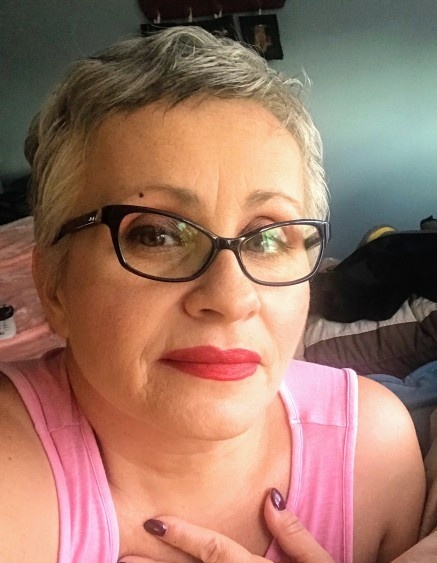 Zoraida was born in Barranquitas, Puerto Rico to Juan Otero and Ana Luisa Ortiz. Zoraida was the forth of five children.

When she was six months old, she moved with her family to New York City. Zoraida was raised to understand the value and importance of family, hard work, and fun. She spent her childhood and teenage years attending school, playing volleyball, working in the local neighborhood bodega, and making memories with family and childhood friends with whom shed’ have lifelong connections.

When Zoraida was 22 years old, she married Abimael Lamboy, Sr. Together they had three beautiful children – Abimael Jr., Albert, and Amada. Things did not work out between Zoraida and Abimael, and in 1997 she married Angel Rivera and they relocated and settled down in Colorado Springs, CO. Zoraida was always a natural caregiver and nurturer, and at the age of 33 she found her true calling in the nursing profession. She diligently took classes to obtain her CNA and then became an LPN. Over the span of eight years she worked at Memorial Hospital and Mount St. Francis Nursing Center. In 2005 she was medically retired due to a work-related injury.

In 2010, Zoraida decided to relocate to Myrtle Beach, SC so that she could enjoy her retirement in a warm climate near her happy place, the ocean. In January 2014 she welcomed her first granddaughters Noella and Adelina. She was able to spend a lot of her time with her children and grandchildren before moving to Utah in the late spring of 2016. While there she spent time with her son and his family, perfected her crochet skills by making scarves and blankets for friends and loved ones, and welcomed the arrival of her first grandson Malachi.

Over the following year Zoraida spent time in Utah and time travelling to visit her other grandchildren and family, until she relocated to Puerto Rico in November of 2017. Her plan was to stay in Puerto Rico permanently, but the discovery of a lump in her breast caused her to return to Utah just four months later, where she was diagnosed with a rare type of breast cancer. Over the next nine months Zoraida fought the fight of her life as she endured metastatic tumors occurring in her chest, lungs, spine, skull, ankle, and brain, and succumbed to the disease December 28, 2018.

Zoraida was preceded in death by her parents Juan Otero and Ana Luisa Ortiz, and her brother Angel. She is survived by her children Abimael Jr., Albert (Jasmine), and Amada (Steven); her grandchildren Noella, Adelina, Aubrey, and Malachi; and numerous aunts, uncles, nieces, nephews, cousins, and close friends.

A memorial service with repast to follow will be held in Colorado Springs, CO. The family invites those whose lives were touched by Zoraida to join us as we celebrate the life of a special woman who was truly an angel on earth.

To order memorial trees or send flowers to the family in memory of Zoraida Otero Ortiz, please visit our flower store.
Send a Sympathy Card