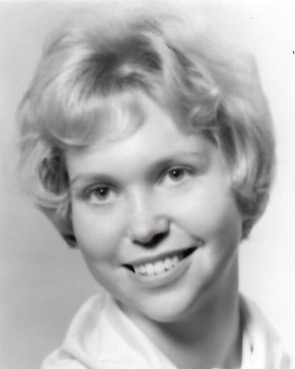 Suellen Epperson, 80, of Riverton, UT came to Earth as Suellen Slocum in Detroit, Michigan on May 26th, 1942, five months after the attack on Pearl Harbor. She was named after Suellen from the Margaret Mitchell novel, and wildly popular film adaptation at the time, Gone with The Wind.

She earned her baccalaureate degree in elementary education at Western Michigan University and was active in her sorority. It was during these years she met and married Bruce Smith of Grand Rapids, MI, in 1965. Suellen taught school that year before celebrating her joy in becoming a mom and choosing to pursue what would be her greatest success as that of mother and homemaker.

She loved children, was very creative and crafty, and was a superb seamstress. She deeply loved and respected her mother and father, sister and brothers and their families. Suellen was baptized a member of The Church of Jesus Christ of Latter-Day Saints in 1974 after taking the missionary discussions. She had an unshakable testimony of the gospel of Jesus Christ and the restoration of His Church and shared it with everyone she could, hoping others around her would find the same light and truth she had found.

In 1986, she and Bruce divorced and several years later with the help of her son and daughter she moved to Utah where they had taken residence and started their families. In 2002, she met and married Larry Epperson being sealed for time and eternity in the Provo Utah temple. She was immediately accepted into the wide-open arms of the extended Epperson family who have loved her and cared for her well-being in her later years.

Suellen endured many challenging years with health setbacks and struggles, rare diagnoses and was a breast cancer survivor. Yet, on the morning of October 26th, 2022, after struggling to recover from surgery for a broken hip, she quietly and with the reserved dignity that was her character, returned to her Heavenly Father’s presence, a faithful servant enduring to the end. In her passing she was surrounded by her daughter and her son and their spouses, a grandson, granddaughter and step-granddaughter.

Suellen will be remembered for her commitment to the gospel, her passion for genealogy, her talented cooking and sewing skills, her gentle, often stubborn spirit, a great little laugh, and her love of sweets.

Preceding her in death was her husband, Lawrence Leon Epperson of Provo, UT, her parents Clarence and Thais Slocum of Traverse City, MI, a brother, Frederick Slocum of Brighton, MI, her sister Marcia Mazer of Kalamazoo, MI, and stepdaughter Cheryl Twitchell of Farmington, UT.

A viewing and funeral services for Suellen will be held at The Church of Jesus Christ of Latter-Day Saints chapel at 4080 W. 12600 S., Riverton UT 84096 on Saturday, November 5, 2022. Viewing starting at 10:00am with funeral at 11:00 am. Services will also be provided via Zoom.  Interment and burial will be at the American Fork City Cemetery at 1:30pm.

Funeral will be available to view at https://youtube.com/watch?v=7H6pY48jagw&feature=share

To order memorial trees or send flowers to the family in memory of Suellen Smith Epperson, please visit our flower store.