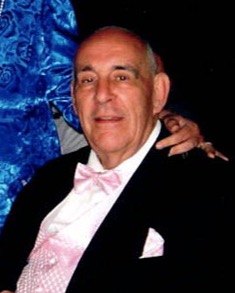 Lawrence Harold Kirkman was born September 24, 1931, in Twin Falls, Idaho to Leo and Virginia Kirkman and passed away quietly on October 29, 2022, in Orem, Utah at age 91.

As a child, he grew up on a farm sleeping on the screened in porch until his allergies got so bad that he had to move to the city to live with an aunt and uncle.  It was during this time, he learned to love reading that lasted a lifetime.  Later in life he could be seen at most events whether it be a high school graduation for his children or a school play for his grandchildren with a Readers Digest in his hands.  After graduating from Twin Falls High, he served in the Great Lakes Mission for the Church of Jesus Christ of Latter-Day Saints.  After his mission he married Kathryn Mae Merrill on December 22, 1954, in the Logan, Temple.  They were married for 59 years and 11 months when she passed away in 2014.

Larry graduated from BYU, and they moved to Southern California eventually settling in Carson where they spent 34 years raising their children.  There are so many great memories of the Wilmington Ward and Carson Ward years, and he loved so many people there.

Larry served in the church as Stake Executive Secretary and Bishop among many other callings.  He spent a lifetime being a faithful member and tithe payer in total devotion to the Lord and family.

Larry spent his entire working career as an accountant for many construction companies.  He was proud of those companies and the projects they developed.  On occasion, his values were challenged by company practices, so he left rather than compromising.

In his later years, he and Kathy went on a mission to the Washington, D.C. North Mission.  They loved working with the young missionaries and found joy in doing anything to help.  After Kathy passed, he loved volunteering at the Timpanogas Temple folding laundry.

Larry enjoyed collecting guns (his first at age 14), motorcycles, reading books and the local newspaper.  He loved attending his children’s and grandchildren’s events.

After their mission to Washington, DC, Larry and Kathy moved to Saratoga Springs where they found great enjoyment working in the primary and getting to know so many wonderful people.  Loch Lomond Ward was a tremendous experience for them!  We love and appreciate all you did for our parents while in that ward.

With his passing, we celebrate his reunion with Kathryn, Rick (son), his parents, his brothers, a sister, and many, many aunts and uncles.  We are sure it was an enjoyable day for all to see and reunite with Larry.

As his family, we would like to thank the many staff members of Canyon Breeze and Symbii Home Health and Hospice.  Their loving care of Dad was something we are all thankful for.

To order memorial trees or send flowers to the family in memory of Lawrence Harold Kirkman, please visit our flower store.

You may join the funeral for Larry Kirkman at the following link below. The funeral services will be available to watch over this ZOOM link: https://zoom.us/j/91004241406?pwd=SG5NUVVhUGZHemZVTy82ZWNoa3drUT09